New York Express Jumps Track at Norwood, but None Injured

SCENE IMMEDIATELY AFTER THE TRAIN WRECK IN NORWOOD ON THE NEW HAVEN.

More than 135 passengers escaped serious injury yesterday when the 11:21 train from Boston for Hartford and New York on the Midland Division, jumped the rails at Winslow station in Norwood. The steel cars prevented a big loss of life. The photo shows a portion of the engine cab at the left, the overturned tender and the combination smoker and baggage car. In the background can be seen the remainder of the train also derailed. The roadbed was torn up for a long distance. A broken brake beam is believed to have caused the wreck.

EXPRESS DERAILED, BUT NO ONE IS HURT

Special Dispatch to the Globe

NORWOOD. June 25—The Waterbury express, leaving Boston at 11:20 am for New York, was derailed near Winslow station. In this town, this afternoon. The train plowed over the ties for nearly 300 yards before it came to a stop with the tender on its side, the combination smoker and baggage car leaning at a perilous angle, and a length of rail stuck like a skewer crosswise through the vestibule of the first passenger car.

No one was injured, however, beyond a shaking up and minor bruises.

The train left the rails soon after passing over the Washington-st bridge. The cause has not been ascertained, but a deep gouge in the ties for some distance before the point where the derailment occurred, indicates where something went wrong.

Only the forward wheels of the locomotive were on the rails when the train stopped. The passenger cars had broken away and were left some distance behind. Had the tender and smoker been thrown to the left, instead of the right, they would have rolled down a steep embankment. 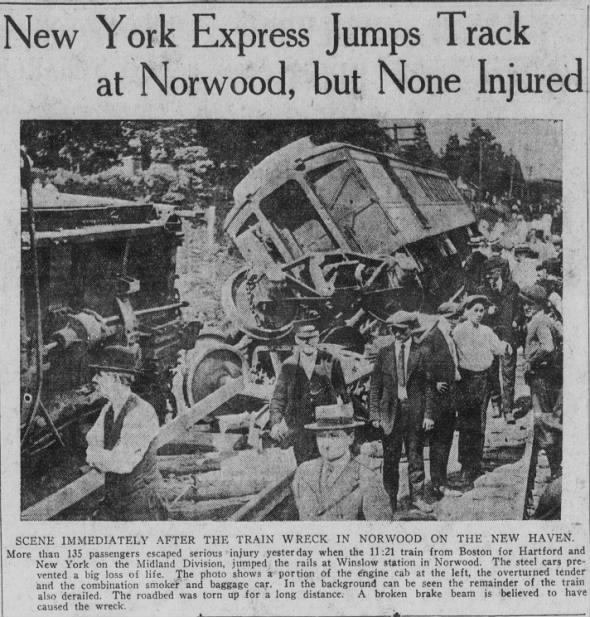 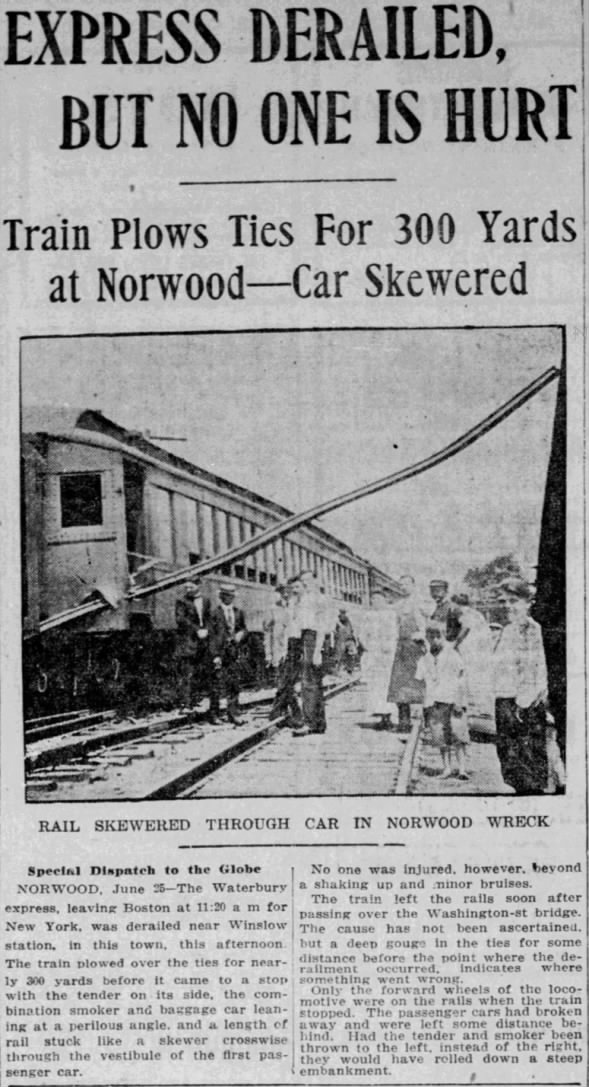