NORWOOD, May 24—Dr Francis M. Cragin. the oldest practicing physician in Norwood, was placed under arrest Saturday night on the charge of selling liquor illegally, and a raid was made upon his residence, where quantities of whisky, wine and beer were seized by Chief of Police Sackett and special officers Hogan and McNaught. Dr Cragin, who is quite a large property owner, gave cash bail for his appearance today in the district court at Dedham.

Chief Sackett started to arrest Dr Cragin on a charge of liquor selling a year ago last January, but on account of his age and professional standing asked him to leave town and avoid trouble. Dr Cragin said he would, and kept his promise by riding down to Dedham on a trolley car and returning on the next car. Subsequently he sought in the district court in Dedham to have Chief Sackett arrested on a charge of making threats. Judge Emery Grover of the district court declined to issue the writ. 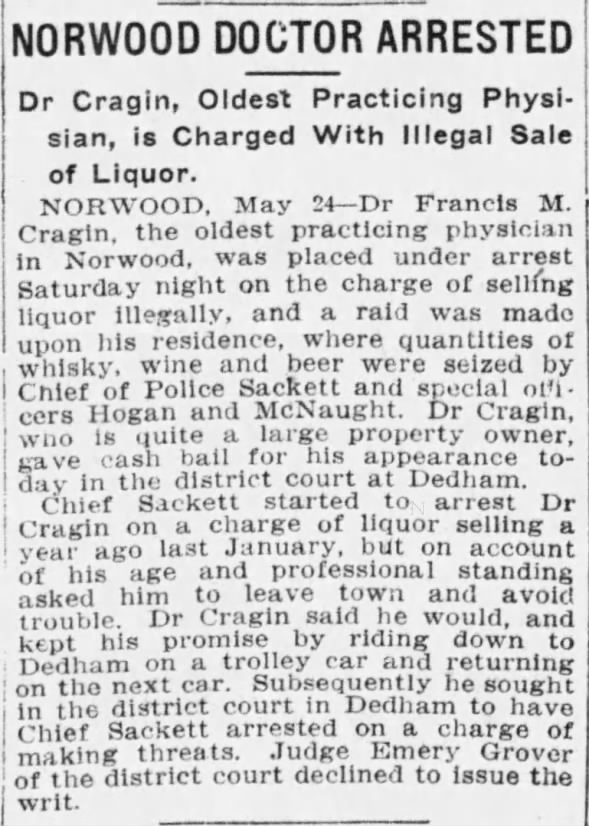