The blaze was discovered by a watchman of a new defense plant being constructed nearby, shortly after 4 o’clock this morning. All available units of the Norwood Fire Department were called out to fight the blaze which badly damaged the roller skating rink on the first floor of the wooden building. The bowling alley, in the basement of the building. suffered considerable water damage.

Firemen were forced to lay hose across the highway and police rerouted early morning traffic at Walpole and Westwood. The building is owned by the Santoro Bros. 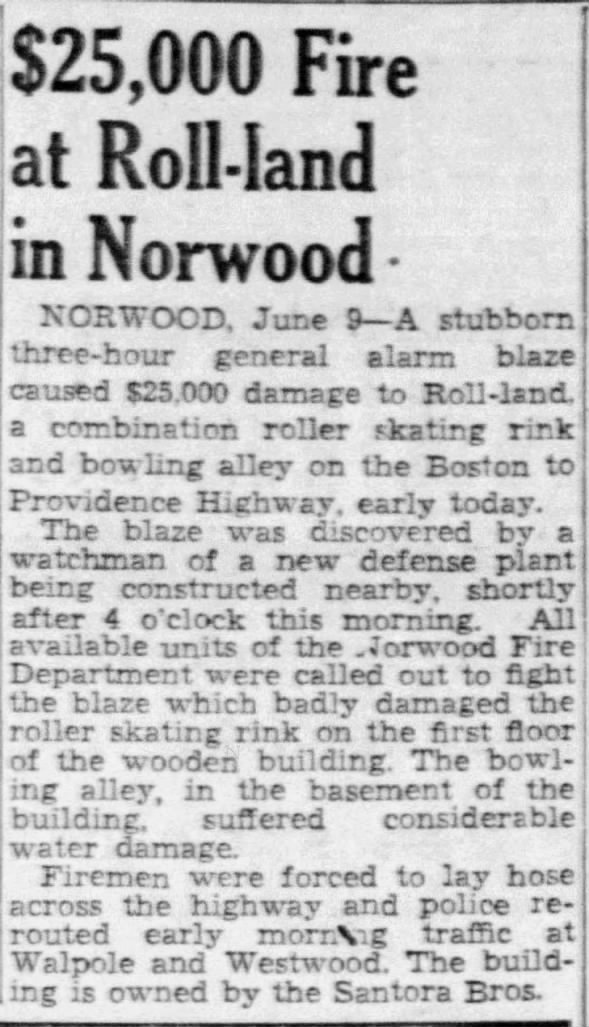 1 thought on “This Day In Norwood History-June 9”