WITH THE AMERICAL DIVISION at Bougainville (Delayed) (AP)—Lt Col James F. Collins of Norwood. Mass., recently awarded the Legion of Merit for exceptionally meritorious conduct as an Army surgeon, wasted little time in putting his medical ability to good use at Bougainville.

The night after Col Collins’ arrival with the veteran Americal Division, a Japanese anti-personnel bomb crashed through the tent adjacent to his, seriously wounding an Australian officer.

The latter’s adjutant ran out. shouting, “Has anyone got a first-aid kit?” Col Collins popped out of a nearby foxhole, despite the continued bombing, and immediately gave medical treatment that probably saved the Australian’s life until the wounded man could be taken to an operating table.

Col Collins, who has been overseas some 28 months, is an old Holy Cross College golf star, and also active in baseball. 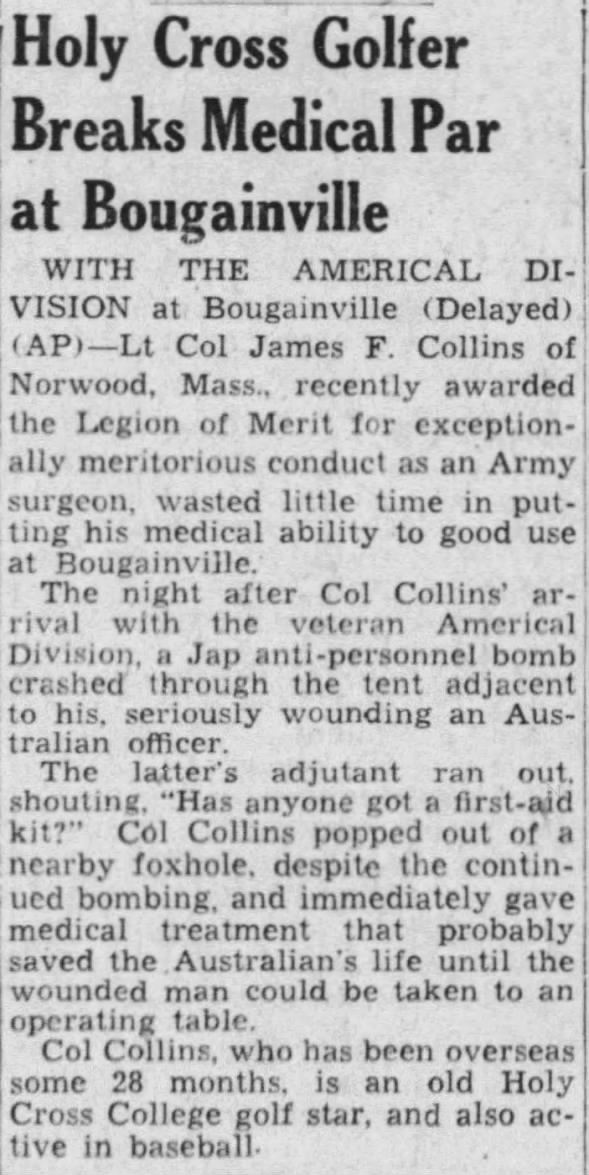