NORWOOD. June 21—The population of this town has passed the 15,000 mark. Town Manager Clarence Bingham announced that 53 names have been sent to Supervisor Thompson’s office which will bring the population up to 15,051.

When the census return for this town was first made the population was announced as 14,983 and later 15 more names were added, falling two names short of the 15,000 mark. Town officials and residents of thia town were sure that the population had passed the 15,000 mark and a determined effort has been made by the police and town officials to add to the list. The new names added were secured by the police and they state that they believe if they have time 200 more can be added. 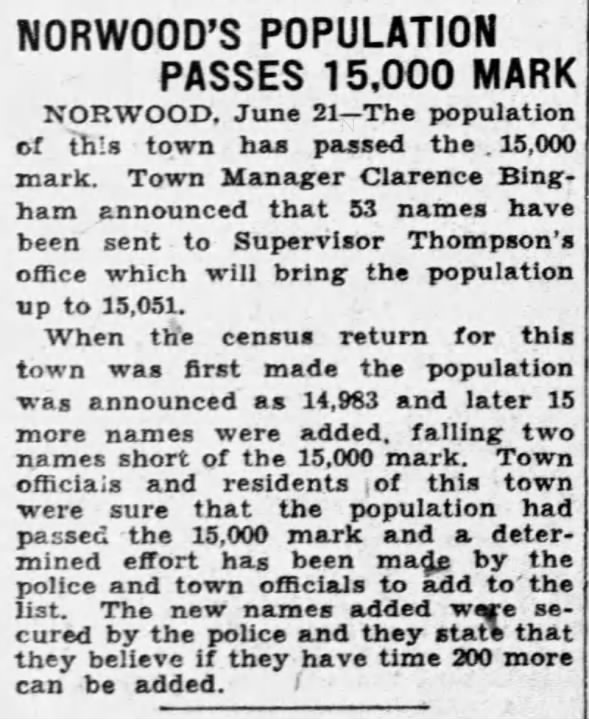