Where? “At Norwood Arena,” says Silverman. “I think the location has tremendous possibilities for outdoor boxing.”

In preliminary ventures, Silverman will inaugurate regular Monday night boxing shows at Norwood, starting July 14. Seating capacity at the stock-midget car track can be raised from 9000 to 12,000 for boxing.

Silverman is well acquainted with George Biddles, London pub owner who manages the swift, clever champion Bassey. “I am going over there in the middle of July and offer them S40.000 to fight Pep at Norwood in defense of the title,” he says.

If Bassey and Biddles are interested, the bout will be scheduled for Sept. 4 in Norwood. JERRY NASON. 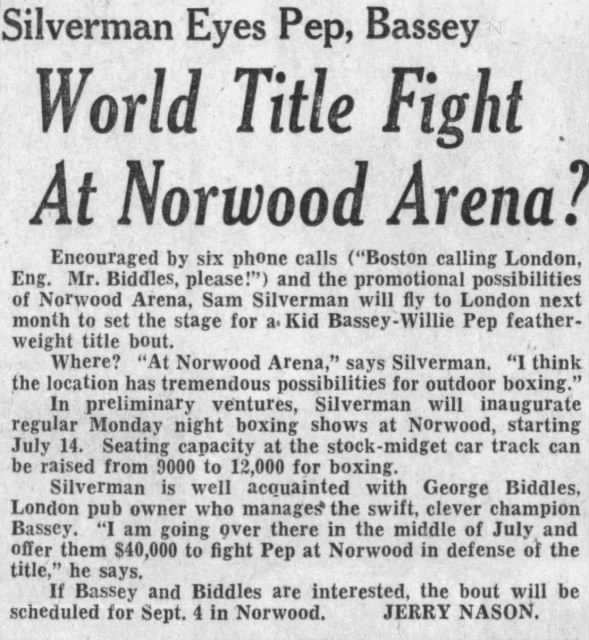