ESTATE MAY BE SOLD.

Judge Grant of the probate court yesterday allowed the petition of the trustees under the will of Henry O. Peabody for leave to sell the King Gay estate in Norwood and Westwood to W. Cameron Forbes, governor general of the Philippines, for $40,000. Mr Forbes owns the adjoining estate.

In the will of Mr Peabody it was provided that a school for girls should be erected on the estate. He left the bulk of his property to found the school. Mr Forbes did not want the school there and offered to buy it at a price that the trustees felt was sufficient.

The only opposition to the petition came from J. Emery Harriman of Brookline. who was not related to the testator, but merely desired to champion the testamentary wishes of his old friend. 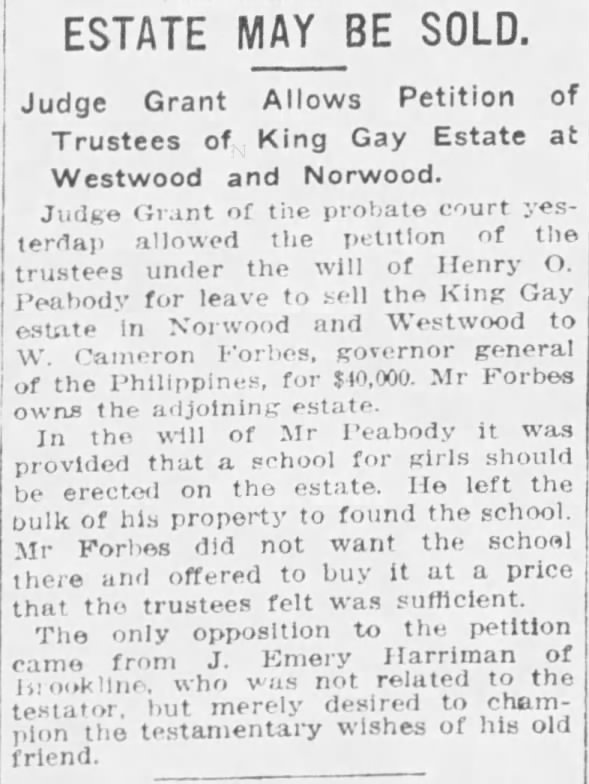